by Brian Nguyen in Coalition to Combat Poverty on January 4, 2019 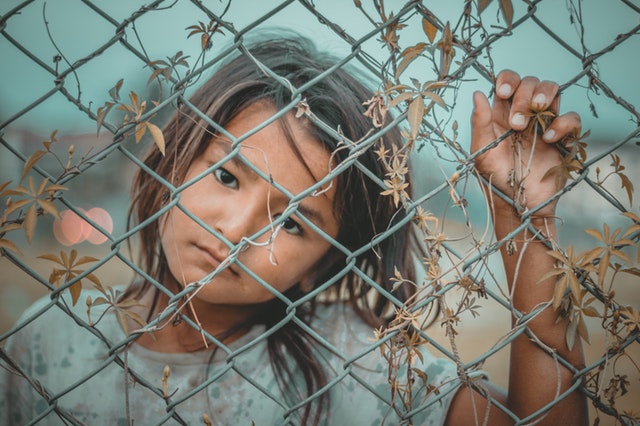 Success defines the American Dream. The idea that any person can become successful in this country has been an integral piece of American history. However, this underlying principle of the American Dream has diminished over years. Children are the backbone of our country’s future and it is becoming increasingly difficult for them to succeed. A recent study revealed that absolute income mobility rates have dropped to 50% amongst children born in the 1980s compared to the 92% rate of their parents who were born in the 1940s. Absolute mobility is the rate at which children will earn more income annually than their parents. Rates have dropped in all 50 states and across the entire income distribution. In fact, the largest decline of mobility rates has been among middle-class families.

The study was released by Harvard economist Raj Chetty and Opportunity Insights, an organization that develops research data and tools on economic mobility in America. The overarching purpose of the study was to identify and analyze intergenerational mobility rates of parents born in the 1940s and their children born in the 1980s.  Adjusting for inflation using the Consumer Price Index, researchers compared household incomes of both generations at age 30. This study also analyzed economic trends to explain why income mobility rates have dropped significantly since the 1940s. Variables measured during the study included inflation, taxes, income at later ages, changes in household size, GDP growth, and distribution of economic growth. 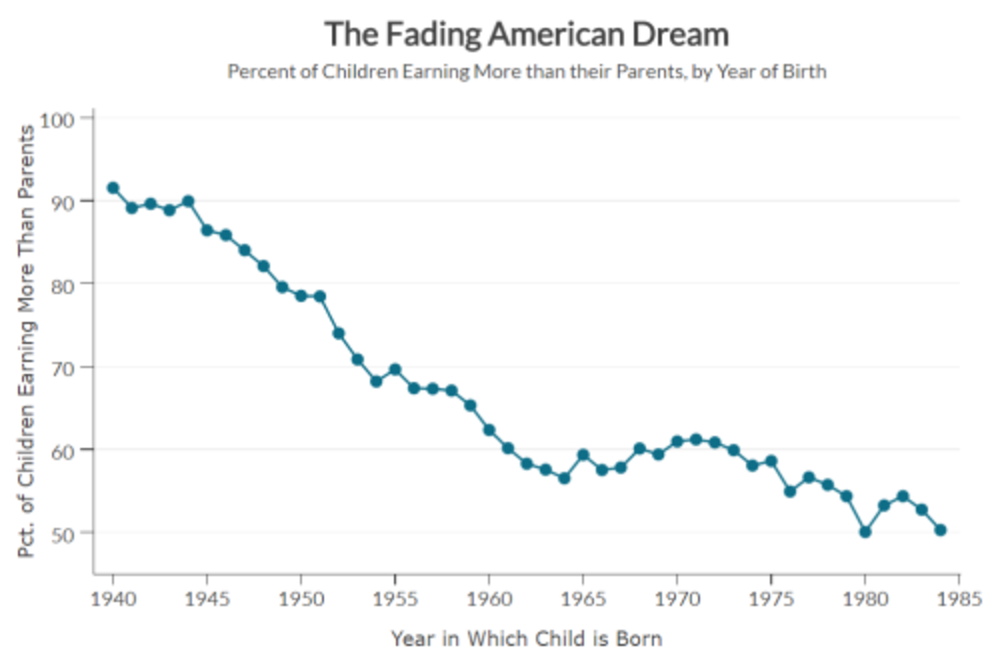 The study correlates lower GDP growth and unequal distribution of the wealth from that growth as causes for lower mobility rates. The 1940s saw some of the strongest GDP growth rates of the 21st century. Since then, GDP growth has slowed down, and the distribution of GDP growth has become increasingly uneven. In Pennsylvania, between 1945 to 1973, the top 1% income earners captured 3.4% of overall income growth. Since 1973, the top 1% has captured 46% of all income growth in Pennsylvania.

Mobility rates in America could continue to drop if no measures are taken. One way we can mend our country’s mobility rates is through raising wages. The Economic Policy Institute(EPI) has stated through their research that wages for the vast majority of American workers have become stagnant since the 1970s. In that same research study, EPI elaborated that stagnant wages have fueled income inequality, which in turn has become a detriment to current living standards across the broader middle and lower classes. To ensure a better future for our children, stagnant wages and our country’s economic divide need to be addressed. By addressing and working on these issues, the United States can raise its absolute mobility rates. Higher mobility rates will ensure a more financially secure future for our children, and hard work resulting in success can still define the American Dream.