We need to talk about all forms of domestic abuse [column]

by Brian Nguyen in Domestic Violence Services on October 25, 2021 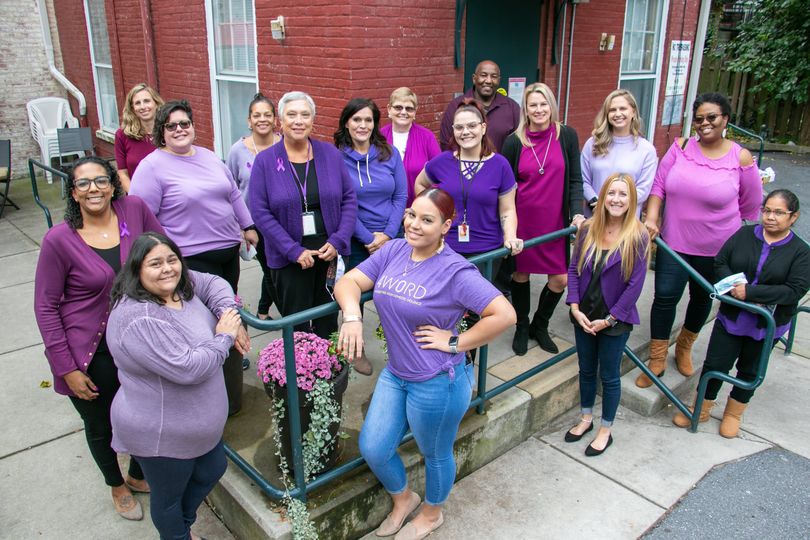 A woman tentatively reached out to Domestic Violence Services of Lancaster County for help last spring.

She texted to make contact, and then called the hotline. (To protect her, I’m calling her Susanna here.)

At first, she asked if she was calling the right place, because her husband had not harmed her physically. When the advocate asked what was happening to her, she described extreme verbal and emotional abuse and threats. Susanna had reached a breaking point. The conversation she had with the hotline advocate convinced her that her situation was dangerous and that she and her children needed to escape.

In the popular Netflix limited series “Maid,” based on Stephanie Land’s memoir, “Maid: Hard Work, Low Pay and a Mother’s Will to Survive,” the main character, Alex (played by Margaret Qualley), does not see herself as a victim of domestic violence. Facing homelessness with her daughter, she does not see a domestic violence shelter as an option. When asked by the court if she contacted the police after the most recent explosive episode, she asks, “Why? So that I could tell them that he didn’t hit me?”

Recent research conducted by a Philadelphia marketing firm for the Pennsylvania Coalition Against Domestic Violence found that the public largely associates the word “violence” with physical acts; therefore, they believe the term “domestic violence” refers only to physical injury.

It was suggested that one of the ways to address this misperception is more intentional education and awareness campaigns about the full spectrum of domestic abuse, which is complex and encompasses so much more.

In the new book, “The Invisible Bruise: Finding Freedom and Hope After an Emotionally Abusive Relationship,” Lancaster County author and survivor Kristin Manser shares her experiences of emotional and psychological abuse — the put-downs, the degradation, the gaslighting, the “love bombing” (intense expressions of love and attention that aim to manipulate) — by the person who claimed to love her. The book is now available on Amazon, and half the proceeds will be donated to Domestic Violence Services.

When I asked Kristin what was most helpful to her in terms of realizing that she was experiencing abuse, she responded, “I journaled during that time, and eventually shared those journal entries and experiences and stories of my abuse with a few trusted friends, family members and professional psychologists. All of these people seemed 100% sure that emotional abuse is what had been happening to me.”

Coercive control and psychological abuse are very dangerous and may lead to murder if the survivor tries to separate from the abusive partner. It is also extremely impactful. Studies have shown that emotional abuse has a more profound long-term impact on the health and well-being of the survivor than physical abuse once those wounds have healed.

Susanna and her children arrived at the Domestic Violence Services Safe House with few possessions and no financial resources whatsoever. Because her abusive husband had refused her access to their bank account and had not permitted her to work, Susanna had to face starting over on a long and difficult road toward economic stability, including a safe, permanent home for her family.

According to the National Network to End Domestic Violence, nearly 99% of all domestic abuse survivors have suffered some or multiple forms of economic or financial abuse, which is the main reason that they stayed with or returned to their abusive partner. Their identities were stolen; their credit was ruined; and debt accumulated in their names. Their wages were confiscated, or they had no access to the family financial resources.

While the impact is severe and far-reaching, Domestic Violence Services and other organizations can help. Our agency offers one-on-one support and financial education for survivors via the Allstate Foundation’s Moving Ahead curriculum; assistance via a client stability fund to help survivors get back on their financial feet; and connections to housing search, rental assistance, and myriad community resources.

While these numbers have grown, we know that they are not truly representative of all the victims and survivors in Lancaster County. Many may not see themselves as victims, and if they do, may not be aware that help is available.

Still others may believe that the put-downs, verbal attacks and threats do reflect their worth as human beings, because that is what they have been told, time and time again, by someone they love who claims to love them.

Susanna and Kristin have broken free. They found the validation, safety, support and resources to reinvent their lives. They have survived — and thrived. I suspect that Alex, the main character in “Maid,” will do the same.

Kristin noted that family “and friends were the most helpful in creating my support network to help me leave the situation, get my footing, and build back my life.”

But not everyone has the support of family and friends. It’s up to all of us to help to create a safe and healthy community. Here is how you can help:

— Listen. And provide support, validation, encouragement, and access to resources.

— Speak up and speak out. About all forms of abuse.

October is devoted to raising awareness about domestic violence. But domestic abuse is an ongoing social and public health crisis that impacts all of us — our families, our neighborhoods, our workplaces, our schools and our community.

Contact Domestic Violence Services to find out how you can get involved.

Christine Gilfillan is the director of Domestic Violence Services, which is part of Community Action Partnership of Lancaster County.